Just who is this Rip fella? 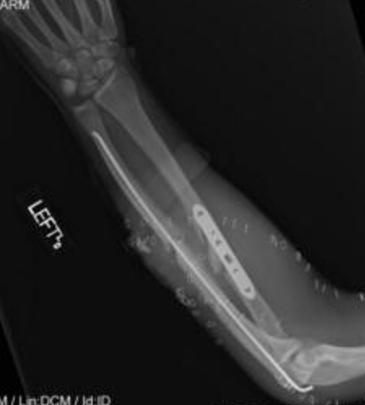 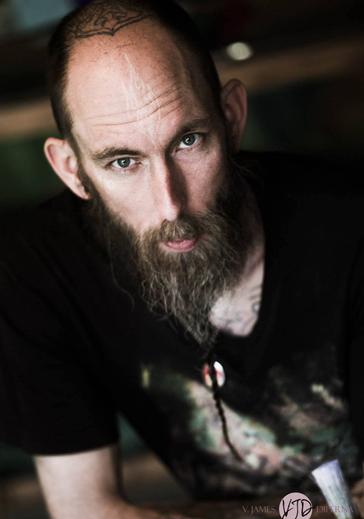 Caution Some Images are Graphic

​​      While the historians and art buffs of the Catskills busy themselves with talk of Thomas Cole, Olana, and the Hudson River School of Art, a new wave of art history was making it's way up the Hudson from NYC, where visionary artist Alex Grey's spiritually charged psychedelic work The Sacred Mirrors had stoked the soulfire of one of Catskill 's beloved tattooists, me Richard "Rip Van" Wagoner.

In 2007 I woke in Albany Medical Center sore, confused, and disoriented.  I explained to the nurses that I was an addict with a few years recovery under my belt and not to give me anything stronger than an over the counter pain medication.  What I didn't realize was that I had totaled my motorcycle in a head on collision a couple days before.  I had lost my left leg above the knee and almost lost my left (dominant) arm among other various injuries.  I had a fentanyl drip in one arm and another random IV in the other.  Over the counter meds simply weren't gonna cut it this time.

Thanks to quite a few surgeries, a lot of charity, and a fair amount of hard work from myself and many others, I was able to keep the location of  my studio Thereforever Tattoos and reopened a little over a year later.  I had begun painting again as both physical and emotional therapy and was becoming much more aware of the spiritual element of our existence.  Lucky enough to live a quick drive away from the Chapel of Sacred Mirrors better know as CoSM, I made a couple of pilgrimages while they were still in the New York City location and when they moved even closer to the permenant property in Wappingers Falls I became an official member and began to go quite regularly.  Being surrounded by so many amazing fellow artists inspired me and opened me up to new ideas and techniques, both artistically and spiritually.  Being surrounded by so many people of different beliefs helped me reconnect with my intuition, leading me back towards a relationship with the higher power I had left in my adolescence and searched for through out my sobriety.

One day after months of deep meditation and self work I felt a breakthrough.  Feeling spiritually born again as though awakened from a dream or illusion, I was reminded of local legend Rip Van Winkle who had slept for 20 years after drinking with little folk in the mountains.   From that point on I chose to go by the name Rip Van Wagoner, making the decision to be ordained using that name as a ceremonial ritual marking my awakening as well as setting my intention and dedication to a spiritual life in search of the highest truth while striving to minimize the suffering among my fellow man.

My life was miracle after miracle and I was on top of the world. I began looking to expand my business model outside of tattooing, hoping to apply my art to new mediums and merchandising, but that was not quite what fate had in store.  Following a routine review I wrongly had my disability benefits revoked and ended up losing almost everything besides my shop.  It took over two years of legal battle before my benefits were finally reinstated.  The damage was done, leaving me to fend for myself rebuilding yet again with no access to the resources and support that had allowed me to rebound as I had in the past.   Stressed and depressed, I spent the next few years fighting infection after infection, both in my injured arm and then leg, unable to tattoo because of the pain and risk of cross contamination.  Refusing to give up I dove deeper into my art, not only for my economic survival but my emotional well being as well, selling originals and eventually taking on small commissions.

With my hometown of Catskill's growing focus on the arts in an effort to revitalize the Main Street shopping district, my studio Thereforever Tattoos evolved into what is now Rip Van Wagoner's Gallaquarium, a living breathing psychedelically charged gallery, studio, and sacred space.  Adorned with my own visionary art and various different aquariums to share the natural teachings of symbiosis and the fractal nature of our universe, the environment is vibrant with healing energies.   As I continue to heal, I will begin to take on select tattoo projects again, focusing on sacred, ritual, and healing works, bringing what I've learned out on the canvas of life back into the field of dermagraphics.

Creating art is one of the only times that I'm likely to find peace in this mad, mad, world sometimes buried under layers of frightening pain and suffering.  In doing so I hope to transmute that pain into beauty, my experiences and strength into hope, and to let others that suffer know that they are not alone, not to give up.   Nothing worth doing in life is ever easy, all we can do is show up and do our best.  If not you who?  If not now when?

This is it, here we are, and the rest is history...in the making.

Thank you for visiting.